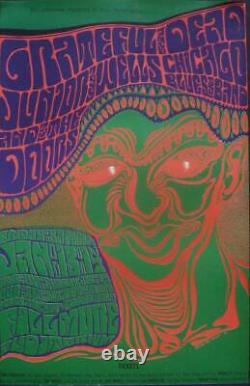 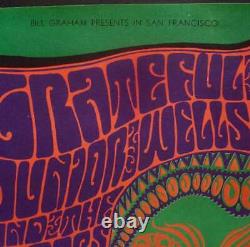 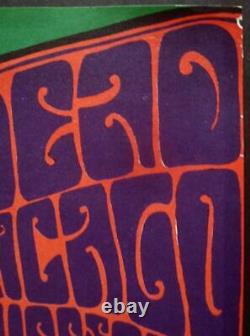 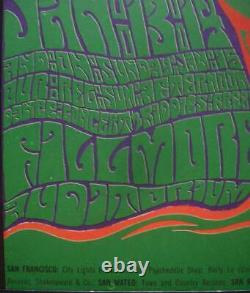 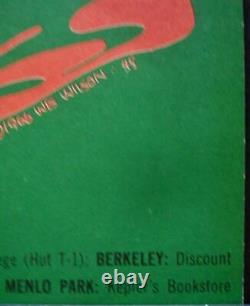 The GRATEFUL DEAD / The DOORS. Rare vintage 1st printing concert poster created for the shows at the Fillmore Auditorium (West) in San Francisco, CA between January 13 and 14 , 1967 produced by Bill Graham / BGP. This is the variant ORIGINAL second printing (pre-concert) with the thin black line (no purple line as on the first printing) separating the top green from the Grateful Dead lettering as shown in photo. The first post concert printing (RP3) has a larger font used for BILL GRAHAM PRESENTS. Tiny ding on upper right corner. Will be sent safely rolled inserted in a sturdy cardboard tube. For larger quantities, a separate invoice will be sent. This is one of the many movie and music posters which can be found at ILLUSTRACTION GALLERY - ART THAT POPS! A brand new online poster gallery devoted to the celebration of the poster artists behind the art of the movie, music and comic book. We only sell Vintage and rare posters (no cheap reproductions).

This item is in the category "Entertainment Memorabilia\Music Memorabilia\Rock & Pop\Artists G\Graham, Bill\Posters". The seller is "illustractiongallery" and is located in New York, New York.